The 3200m handicap is contested at Flemington racecourse in Melbourne on the first Tuesday in November and attracts horses from around the world to compete for $8 million in prizemoney.

The race has a unique place in the hearts of average Australians with viewing audiences in the millions as people stop to watch the race on television at home or work or at one of the many picnic meetings held around the country on the day.

Cup Day sweeps are held in offices everywhere as ‘once a year’ punters are encouraged to dress up, have a flutter and enjoy the festive occasion.

In Victoria, the Melbourne Cup parade on the eve of the race attracts a huge crowd into the city to watch participants parade through the streets and with Cup Day itself a public holiday in Melbourne, locals are really encouraged to let their hair down or join the masses on track.

However, this year’s parade and attendance at the track may not be allowed due to COVID-19 restrictions. 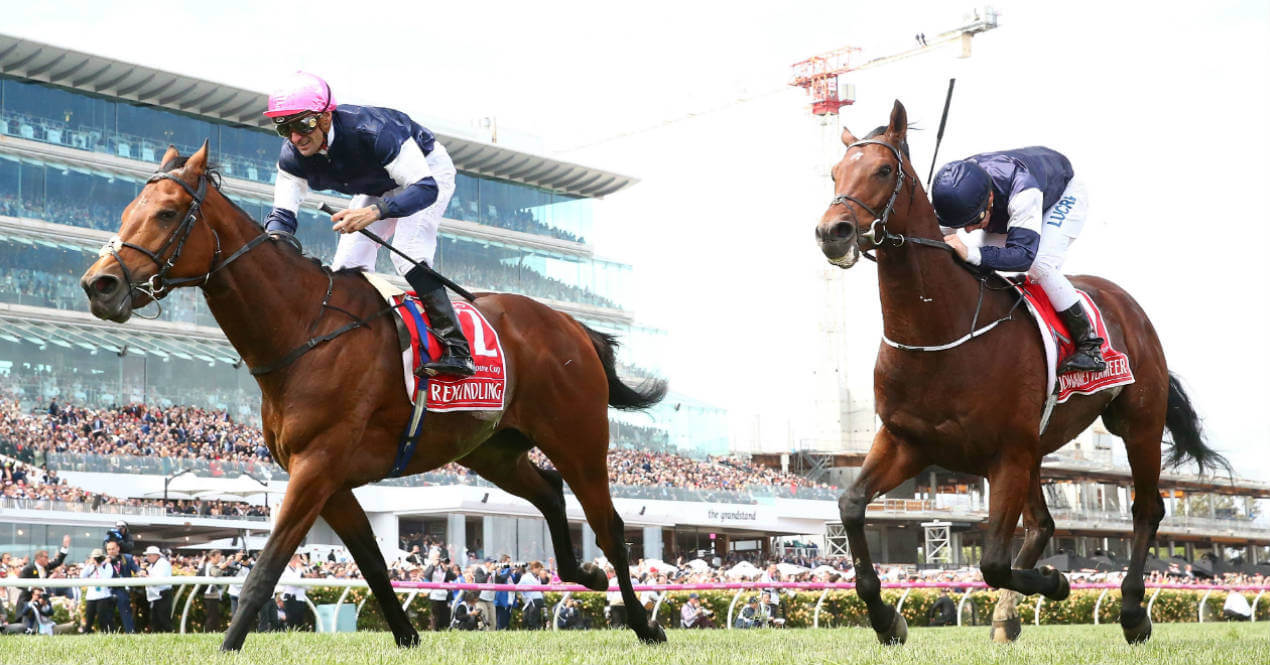 The Melbourne Cup - How It All Started

While racing in the colony had existed in some form since the 1840s, a ‘turf’ war between Victoria’s two organising bodies led to the establishment of the Melbourne Cup in 1861.

The first two editions of the race were won by Archer, whose owners were presented with a gold watch on top of prizemoney (a trophy wasn’t actually awarded to the winner until 1865).

The race has been won by plenty of champions over the years.

Sent out the shortest priced favourite in history, the legendary Phar Lap won the race in 1930 and captured the hearts of a public battling through the Great Depression.

In 1950, Rising Fast became the only horse to win three of Australia’s biggest races, the Caulfield Cup, Cox Plate and Melbourne Cup in one season while, more recently, outstanding mare Makybe Diva (pictured below) made history as the only horse to have won the race on three occasions. 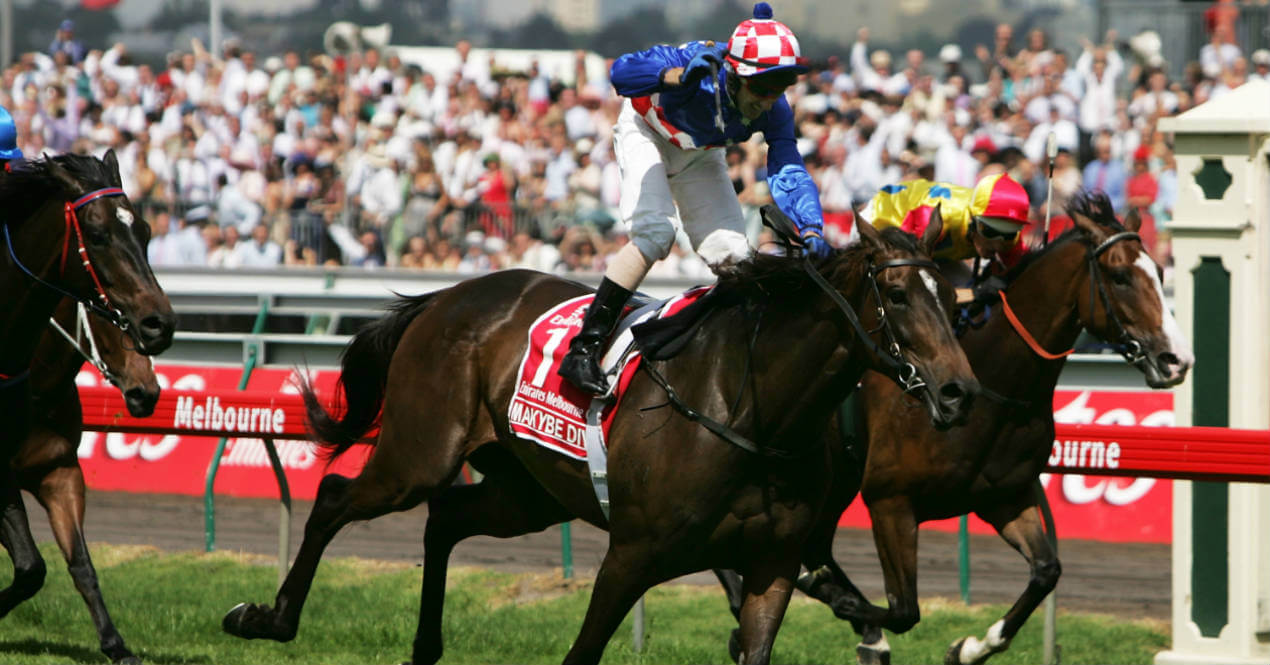 The race is also synonymous with legendary trainer Bart Cummings, who prepared the winner on 12 occasions, completing the Caulfield/Melbourne Cup double with Galilee (1966) and Let’s Elope (1991).

Many of the nation’s top jockeys have also tasted success with Damien Oliver’s 2002 win aboard Media Puzzle an emotional experience for all involved following the death of his brother in a riding accident only days earlier.

In 2015, Michelle Payne (pictured below) became the first female jockey to win the Melbourne Cup on rank outsider Prince of Penzance, a six-year-old gelding. 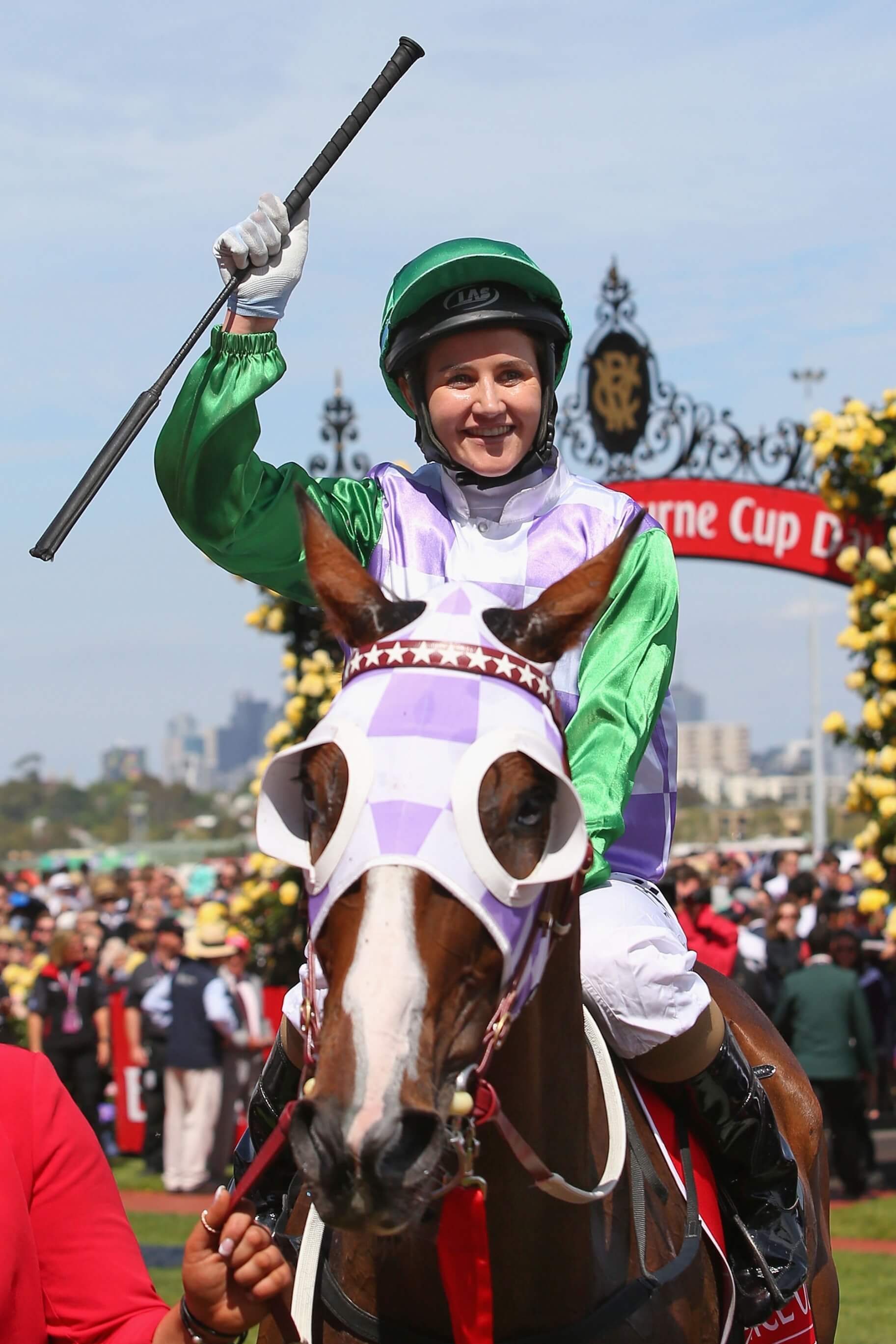 The Melbourne Cup is a betting bonanza with no shortage of bet types available for punters to choose from.

These range from the more straight forward Win and Place (Top 3) options to ‘exotics’ where bigger payouts are on offer (the First 4 on the 2012 Melbourne Cup paid a whopping $969,406 per $1 investment with the Victorian TAB!), and there are always plenty of extra specials priced up as well.

When choosing a Win bet, punters have the option of taking a Fixed price about their selection or being paid out on the Best of the three Tote dividends declared by Australian TAB’s (with the Starting Price guaranteed should it be higher).

As an extra alternative, punters can place a Top Fluctuation bet which is paid out according to the highest official betting fluctuation on their particular horse. 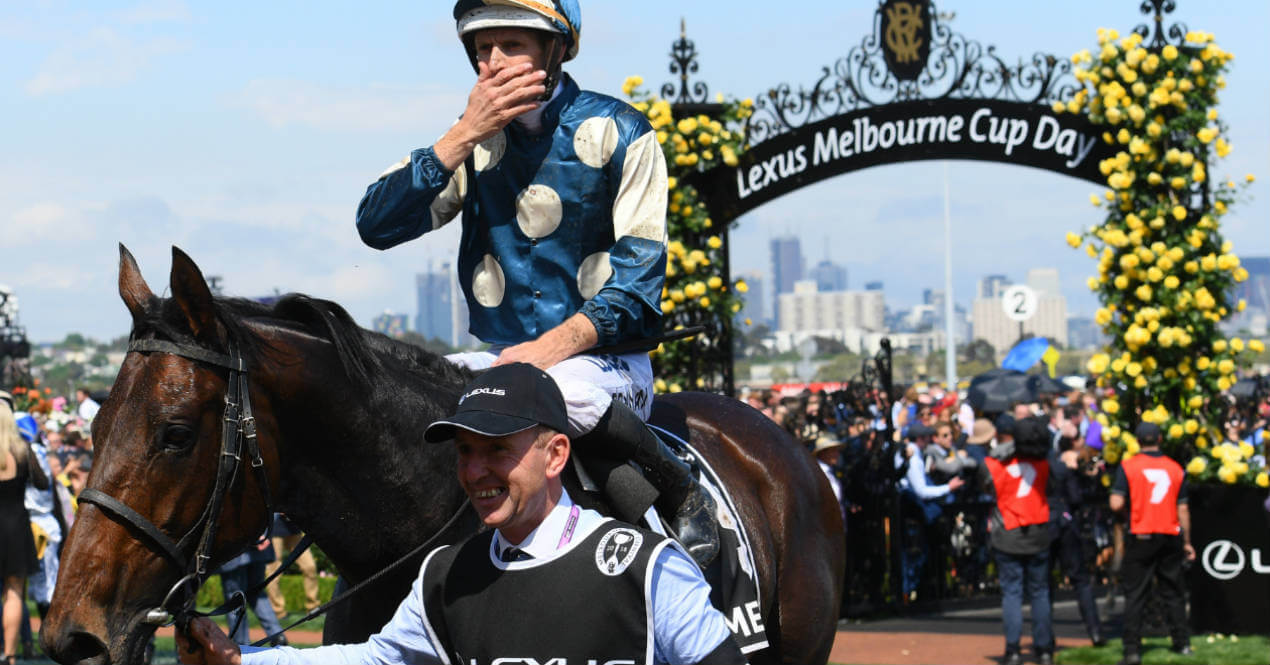 Doing a little research on the race prior to placing your bets will definitely increase your chances of finding the winner!

Unibet provides a comprehensive form guide with detailed information about the past performances of all of the horses competing.

While there are any number of factors that may contribute, some of the more interesting things to look out for include the horse’s ability to run out a strong 3200m, how they have performed in some of the major lead-up races (the Caulfield Cup has always been considered a strong pointer) and how much weight they have been assigned to carry.

Once the preserve of Australasia’s best stayers, the race has much more of an international presence these days with no fewer than five of the past 10 winners trained or imported from overseas.

For that reason, it may also pay heed to look at the lead-up performances of any of the European-based horses that have been sent out here to contest the race.

While trying to pick the winner yourself is all part of the fun for the majority of people, if you are after some expert advice then Unibet provides a succinct overview and a set of tips that you can bet directly from so you can always leave it in our hands.

Why not open an account today and bet on the race.